International Western Union
You aren't logged in. For some members, you must be logged in to see special sections. Log in to view them, as this message will soon get annoying.

The International Western Union (IWU) is a region on NationStates. If you have arrived here on accident, I apologize. Those that are meant to be here, register with your Nations name.

Directory
Forum: http://forum.thenorthpacific.org/index/
Map: http://map.thenorthpacific.org/
TNP-Wire:http://tnp-wire.tumblr.com/
Facebook: http://on.fb.me/xMGxYi
IRC: http://cbe001.chat.mibbit.com/?server=irc.esper.net&channel=%23tnp
Laws: http://forum.thenorthpacific.org/pages/laws/
Judicial Cycle Elections
As November begins, so does yet another election cycle for TNP. One day we shall go an entire month without some sort of an election. But it is not this day. Anyway, this month it's the Judicial Election Cycle which sees TNP elect three Justices and an Attorney General (despite the AG no longer being in the judicial branch but SHUSH). 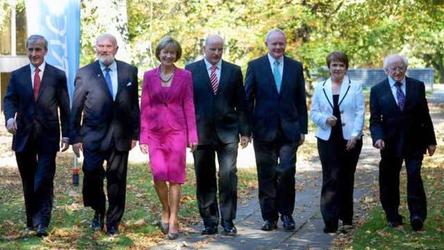 The 7 Justice candidates
Among the candidates include current Justice, Romanoffia, Speaker of the Regional Assembly (before he resigned anyway (read below for that!) Crushing our Enemies, and longstanding Court critic and TNP patriot flemingovia. Over in the Attorney General election, former Vice Delegate Kiwi is up against Leekem. They held a debate with many commentators saying Leekam had put up a good fight against favourite Kiwi and that the latter's victory may not be assured.

Voting is currently ongoing in both elections but is scheduled to end soon. Who will occupy the bench? Will the new Attorney General actually do his job? When will I stop asking questions? Find out next month, same TNP time, same TNP channel.
Written by Sanctaria
Speaker Resignation & Special Election
It was during his campaign for Justice that Speaker of Regional Assembly, Crushing Our Enemies, dropped a bombshell on TNP - he was resigning. Having held the position for 11 months, COE felt that regardless of the outcome in the election for Justice he was currently battling, his time in the Speaker position had come to an end.

Before he resigned he directed that Zyvetskistaahn should becoming Acting Speaker in the event of any vacancy in the office. A vacancy which happened about five minutes later. 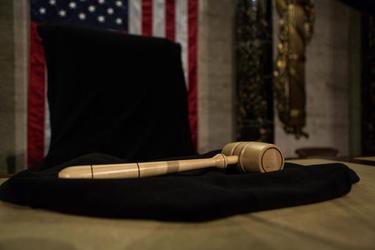 The Speaker's Chair & Gavel - Unoccupied
So COE resigned and TNP had to have a special election for the position. Quelle surprise. With nominations still open, at time of writing there are three contenders: Acting Speaker Zyvetskistaahn, TNP newcomer bootahilley01, and resident TNP oldie Democratic Donkeys. It'll be an interesting race for sure - stay tuned!

Written by Sanctaria
Zombies!
Zombie day was a lot of fun for the North Pacific. It saw a massive increase in regional message board activity and brought hundreds of nations out of the woodwork to participate in the day. The RMB was the centre of the fight back against the Zombies with individual nations taking the lead and establishing a triage system as a way of dealing with the most infected nations.

Then Speaker Crushing Our Enemies and Military Generals in a sign of solidarity begin to advocate for the pro-life movement and to stop the killing. COE commented "Every life is sacred, we have a duty to protect even the smallest of lifeforms".

This strong move against killing the Zombies saw a significant increase in the number of survivors in comparison to those killed and infected. The North Pacific did far better in comparison to the past Zombie apocalypse and we are certain that we will do even better next year. 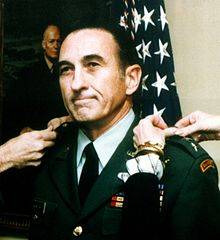 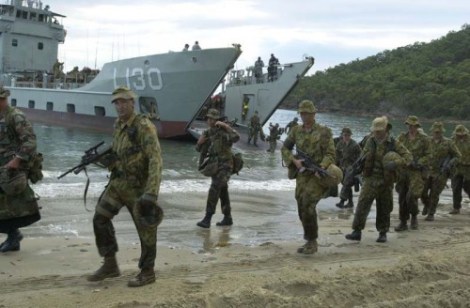 NPA soldiers deploy in a seaborne invasion of Warzone Australia.
In other news, The North Pacific Army seized Warzone Australia and held it with assistance from the Eastern Pacific Sovereign Army. "This was only a training exercise, but it was our first foray into a Warzone in quite awhile," said Minister of Defence Ash. Asked whether he considered the mission a success, General Ash responded, "Of course it was! Our new recruits received valuable experience in this exercise, and the NPA had a chance to work in concert with our allies from The East Pacific. We look forward to future exercises with the EPSA."

Written by Ash
TNP Roleplay, Culture and the Oscars
Under the leadership of Minister for Culture and Entertainment Lennart, the North Pacific has seen a revitalization of it's roleplay within recent weeks. Lennart has taken over the maintenance of the map and has added new nations that had been waiting for some time. Notably, International Media from various nations in the North Pacific has begun flooding in and a new treaty "The treaty of Pigletville" is already on the brink of collapse after the founding signatory Guslantis declared war on the highly respected and influential nation of Zemnaya Svoboda prompting an international backlash. 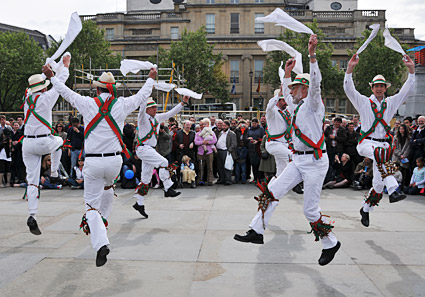 The TNP-Europeia Culture Fest underway
TNP also held a cultural event with Europeia which was a moderate success, despite falling right in the middle of Europeian Presidential elections. The second half of the cultural festival will be hosted by Europeia at some point in the next few weeks.

The North Pacific Oscars have continued to be handed out over the past few weeks. McMasterdonia was awarded Most Popular TNPer, Durkadurkiranistan won the Oscar for most likely to coup, and the region is still in the process of determining who will be awarded "funniest poster" but it looks like the award will go to Flemingovia in a landslide victory.

Written by McMasterdonia
Lennart Continues Couping Spree
Culture Minister Lennart of Avalon continued to threaten the region Tuesday when he amassed more endorsements than the Vice Delegate himself. Security Council officials were stunned when a tipster secretly sent in a warning by posting publicly in the Security Council forums. The Wire has learned that the tipster was Lennart himself.

"Rubbing it in our faces that he's this close to couping the region? Now, that's just not nice," said a senile SC clerk. "It would be more courteous of that young man to quietly overtake all of our Security Council officials, never telling a soul until it was too late and he'd beaten the Delegate."

Officials were further worried when McMasterdonia made a public statement that he could not prevent the oncoming disaster, saying that he had "ejected and banned" the offender from the North Pacific. "AAAAAAAAAHHHH!" screamed paranoid onlookers. "McM CAN'T DO A THING! WE'RE DOOMED! LENNART IS COMING! PROTECT YOUR LOVED ONES!"

More disturbing was the fact that psychologists agreed that Lennart had a bloodthirsty profile and was ready to do gruesome things to get the title. He had no sense of shame, not one ounce of dignity, and he even went so far to say that "I'm not comfortable with [the] red colour I got on the [SC] list." Look out, TNP!


Old Business: Please find below a list of proposals that have passed and failed this week.


New Business: Below can be found a list of proposals currently before the assembly.


Other Business: See below for other matters that may concern you as a member of the RA.

3. Following the resignation of Crushing Our Enemies, a special election for the office of Speaker has begun. Fear not, however! The Speaker’s Office shall be maintained by his deputies until a new Speaker is in place.

4. The nominations for the Judicial election, which includes the Attorney General and three Justice positions, have closed. Voting will begin shortly before the scheduled debate between Leekem and Kiwi, the candidates for Attorney General, which will be held this evening. Remember: vote early, vote often, and vote for a tie.


[nation]Zyvetskistaahn[/nation] Presents: Long Names
My name is fourteen letters long, but it's not the longest name ever. [nation]Allthegoodnamesareused[/nation] is longer.

[nation]SillyString[/nation]'s Silly Advice
The best way to welcome a new Speaker is to play lots of pranks - glittertacks on their chair, whipped cream in their shoes, and especially buckets of blue paint poised precariously over the door to their office. Without such expressions of love, a Speaker is likely to feel underappreciated.

[nation]General COE[/nation]'s Final Cautionary Words
Treat the next Speaker nicely - not everyone is as patient with your shenanigans as I am.

Written by Zyvetskistaahn
Thanks for reading our update!

Page 1 of 1
Permissions in this forum:
You cannot reply to topics in this forum
Who is online?
In total there is 1 user online :: 0 Registered, 0 Hidden and 1 Guest

» What are you currently playing?

» The United Republic of Amanoria